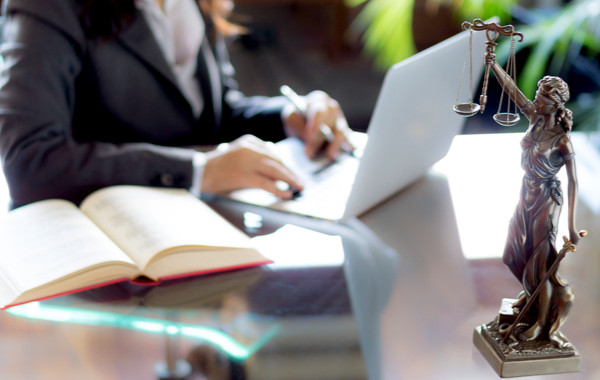 Elke Gordon Schardt is an experienced family law attorney proudly serving clients in Lancaster, California and the surrounding areas. With 28 years of experience helping individuals and families through divorce or separation, child custody arrangements, and probate matters including trust administration, wills, and conservatorships, she is ready to help you through any family legal matter you may be facing.

Elke is originally from Germany, and she has also spent time living in Mexico. As a result of her global upbringing, she speaks German, Spanish and English fluently.

Elke Gordon Schardt, initially educated in Germany, began her post-secondary education at the University of California at Los Angeles where she studied linguistics, which involves grammar and language.

After graduating from UCLA with a B.A. in Linguistics she attended Southwestern University School of Law. During law school, she was clerking for an attorney and liked it. She already had a love for language and found that she thoroughly enjoyed the use of it in the courtroom— discovering that a lot of one’s success there depends on how well they write and articulate their position.

When you practice law, you should be level-headed and honest. You should never create unrealistic expectations for the client, and you should always stand by your word.

During law school, she clerked for a tax firm, and though she initially thought she would like that, she quickly realized that she and the clientele were “just a number” there. She did not have any authority or ability to practice law freely. From that lightbulb moment on, she realized that working for other law firms were not for her.

After obtaining her law degree from the Southwestern University School of Law in 1982, she clerked for another attorney. They had a strong business where she learned a lot about how she would operate on her own. She began to build her own business operations, doing personal research and helping with the client’s lawsuits. In 1991, she acquired her license to practice law in the State of California. Then she opened her own practice, the Law Office of Elke Gordon Schardt, soon thereafter.

She has maintained this practice ever since. Initially, she opened two offices in Santa Clarita and Lancaster. However, Elke now works out of her Lancaster office exclusively. Regardless of her home base, she still appears in all courts across Central California, including appellate courts.

Attorney Elke Gordon Schardt is currently taking new clients in Lancaster and the surrounding area. If you are interested in hiring Elke for your family legal matter, reach out to her today to learn more about her services or to schedule a consultation. She looks forward to working with you.

Discover how I can help.